Thieves Set Off Fireworks To Pull Off Maryland Casino Robbery

A group of thieves used an unorthodox tactic to stage a Maryland casino robbery.

The burglars set off fireworks inside MGM National Harbor to cause chaos. Many patrons inside the casino panicked and believed there was an active shooter on site.

The situation caused mass panic as people rushed to the exit. As a result, the bandits were able to grab an undisclosed amount of chips on their way to the doors.

The phrase “group” was used because it appears likely that this was a planned operation. However, some local law enforcement officials aren’t willing to say that the actions were premeditated.

“I don’t want to go that far to say it was coordinated, because this could have been a series of events that some opportunist decided to take advantage of. Or it very well could have been the same people who triggered the fire alarm, who set off some fireworks, and then subsequently made some thefts.”

Regardless of what the intended plan was, the result is still the same. A few people were able to successfully leave the casino with chips that they didn’t pay for.

That alone is a remarkable feat. Criminals don’t generally get out of a casino robbery with their lives, let alone the money.

Real-life isn’t “Ocean’s Eleven.” Though the movie lays out why it’s an improbable task. 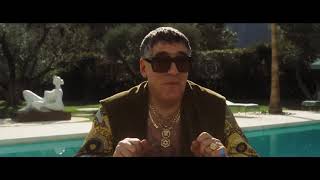 It marks the first time in the nearly nine-year Maryland table game history that one of its properties was robbed.

On the other hand, criminals have made several attempts to rob casinos in areas where brick-and-mortar gaming has been around for a while.

Here’s a look at some of the more famous attempts at Las Vegas casino heists. Some of which were successful. And others weren’t.

This one makes the list in part because it was one of the first modern casino heists. Furthermore, the property is one of the most iconic casinos in Las Vegas history.

In 1992, a cashier from the Stardust Casino took his employer for $500,000. Pennsylvania native William Brennan put the six-figure sum in a trash bag and walked right out of the casino with it.

There was no violence. No commotion. Not even a trace of where he went after leaving the building. Brennan simply became a ghost.

Authorities placed Brennan on the FBI’s Most Wanted list but he was never seen or heard from again. There are some rumors that he had an accomplice for the job who murdered him after they left the scene of the crime.

Since the theft took place 30 years ago, the $500,000 he stole is the equivalent of a $1 million robbery in today’s dollars.

12 years ago, Anthony Carleo drove to the Las Vegas Strip casino on his motorcycle. He walked into the casino wearing his helmet and used a firearm to force dealers at the craps tables to hand over $1.5 million in chips.

The problem with stealing chips from a casino is that once you’re out of the casino, you just have plastic. You can’t buy anything with them, and you can’t exchange them for cash without returning to the scene of the crime.

While Carleo got out of the casino with the chips, he couldn’t easily turn them into cash. It proved to be his demise.

He stole the highest denomination chips from Bellagio. His bag was full of $5,000 and $25,000 chips. However, the casino tracks most of those high-denomination chips. Furthermore, the gamblers that possess them generally don’t sell them on the internet.

Carleo tried to sell them on an internet poker forum. The combination of high-profile robbery and someone trying to sell high-value chips from those casinos drew ire from law enforcement.

Carleo ended up selling the stolen goods to an undercover police officer. He was arrested and sentenced to prison time in August 2011.

Like I said. If the casino robbery was recent, chances are it was at Bellagio.

Seven years after the Biker Bandit fiasco, another man robbed the Bellagio poker room cashier cage at gunpoint. He ran out of the casino and fled through the nearby valet lot.

He was one of the few in history to get away with the money. But two years later he tried the exact same plan again.

It would’ve worked again, but a police officer was standing at the valet area and ended up in a shootout with the robber. Police shot and killed the man in the valet area. He was later identified as convicted felon Michael Cohen.

Circus Circus is one of the cheaper options on the Las Vegas Strip. However, it was home to one of the largest heists in Vegas history.

In fact, it was such an incredible crime that it was one of the stories on the Netflix series “Heist.”

In 1993, Heather Tallchief and her boyfriend Roberto Solis planned to swipe a large sum of cash from Las Vegas casinos. Tallchief secured a job as an armored car driver for Loomis, a company that transports cash for most Sin City casinos.

Her daily routine included dropping off and picking up large sums of cash for casino ATMs. She worked for the company for several months before finally attempting the crime. Therefore, she had gained enough trust from the company at large, as well as her co-workers.

On one of the days where the truck had $3.1 million in the back of it, Tallchief dropped off her co-workers at the back of Circus Circus, as she did every other day they worked. Then she fled the scene with the money.

She reunited with Solis and they fled the country. Tallchief returned to the U.S. in 2005 and turned herself into authorities. She spent five years in prison.

Solis, on the other hand, is still at large. He is on the FBI’s Most Wanted list.